Hit enter to search or ESC to close

Day 1: Athens – Arrive and enjoy your first day in Greece

Athens radiates history and culture at its core in a country considered the cradle of Western Civilization. Ruins of both Greek and Roman development continue to decorate the city center. Byzantine mosaics decorate churches and museums with gilded allure. Your private transfer is waiting at the airport upon your arrival.

Then our driver can take you to the city center and walk around the old town of town. Our tour operator will propose you places for lunch or dinner that meet your needs and interests.

Athens is a city of contemporary beauty wrapped around ancient wonder. Iconic monuments and treasured museums intermix with energetic cafes and lively restaurants. The historic center looks and feels like an open-air exhibit dedicated to the antique beginnings of the city and Western culture. The chic neighborhoods of the more modern city contain art galleries and boutique shops with window displays lining the wide avenues and narrow lanes.

We will arrange a private 6 hours tour with a private vehicle and expert guide to see the highlights of the city (like Handrian’s arc, The marble stadium, Acropolis and Acropolis museum, old city of Athens  (Plaka).

Next, we will continue our tour to the temple of Poseidon in Sounio

This day starts with a trip to Naflpion.

You drive along the Coastal Road to the Corinth Canal. The light glints off of the crystal-clear water. You stop in the town of Nafplio before reaching the ancient site of Mycenae, home of the infamous King Agamemnon. Nafplio is situated on a small port in the shadow of the Palamidi Fortress. Narrow streets wind around graceful Venetian homes. Neoclassical mansions stand beside unique museums. The city was Greece’s first capital after the country’s independence in the 19th-century. Nafplio’s roots as an important port date back to the Bronze Age.

This day you will visit the prehistoric site of Mycenae, one of the greatest cites that sent an army to Troy. Later, continue your tour in the best well-preserved ancient theaters of antiquity, the Epidaurus theater. Learn details about the tragedy and comedy.

Stay at night in Nafplion.

Day 4: Sparta, The land of Leonidas

Modern Sparta was built exactly in the same location as the ancient city. The ancient site that we will visit afterwards, will astound you. The Acropolis of Ancient Sparta and its monuments, are still standing from the sixth century BC, in defiance of all the centuries gone by. We will see the Ancient Theatre, the Temple of Chalkioikos Athena, the circular building, the remains of the stores of ancient agora, a Persian Gallery and many more. You will have information for each monument that we will see, and for all the events of everyday life of the ancient Spartans and their kings.
Leaving the Acropolis, we will visit the “Tomb of Leonidas,” the most famous king of ancient Sparta. We will feel the respect that harbored the Spartans to their kings and also we will be able to understand their frugal lifestyle.

Then, if you wish, we can continue to the Olive oil and Olive Museum, will make us reflect on the importance of this tree to the survival of local people over the centuries. We will learn how our ancestors collected the olive fruits and the technological evolution which has occurred through the years.

Also, on your way to Olympia there is another archaeological site which is very popular. The Mystras site is dated in the Byzantine Era.

Stay at night in Olympia.

Day 5: Olympia, the birthplace of the Olympic games (Distance: 4.5 hours)

The day starts with a trip to Olympia. You can choose to take the easy way from the coastline or the hard way through the mountains (a lot of turns) where you can admire the Greek nature and very traditional villages.

The sunlight brings a verdant glow to the surrounding agricultural region of Olympia The fragrant aroma of cypress trees and olive groves blend in the breeze. The myths of the ancient city of Olympia continue to captivate people around the world, beginning with the legend of Zeus holding the first Olympic Games on the ancient site to commemorate his besting Cronus at wrestling. Lush greenery surrounds the historic ruins of Olympia. The spirit of the Olympics continues to thrive in the modern world thousands of years after the first games were held. Your guide leads you through the celebrated grounds of the city.

This date you will have a tour to ancient Olympia and museum. Then we can continue to other attractions like Bee’s farm, wine tasting or in a place where the kids can be archaeologists and dig to find artifacts.

Next, continue to Delphi.

The day starts with a trip to Delphi. On the way you will stop to Nafpaktos, a seaside small town with a wonderful medieval port.

Your guide will lead you to the archaeological site. The Sacred Way is the main avenue leading to the Sanctuary of Apollo, taking you from the gateway upwards more than 656 feet to the Temple of Apollo.

When you reach the Temple of Apollo, you find the foundations intact with a panoramic view of the rolling mountains across the chasm. The Oracle was once the most trusted person in the ancient Western World, providing prophecies for kings and warriors. The spirit of antiquity is alive and well in the well-preserved ruins of Delphi and the perpetuation of the city’s illustrious mythologies.

This day, you will have a guided tour in the archaeological site and museum of Delfi

This day starts with a trip to Meteora. Your guide leads you to the base of the gigantic rocks and explains that sitting atop those boulders are Monasteries that date back 1,000 years. A network of steps leads to the top of the bluffs. The view the valley below is breathtaking. You can see beyond the foothills of the encompassing mountain to the valley beyond Kalambaka. The small mesas rise 984 feet above the valley floor. The Great Meteoron Monastery is the largest of the six remaining monasteries of the area. It was founded in the 14th-century and has preserved the historic frescoes glistening inside the church.

The tower structure with a timber roof holds a winch used to hoist supplies up the hillside. From below, the monasteries looked as though they were suspended in mid-air. From the top, you can wander around the jutting rocks and windswept grass. The frescoes showcase elements of Greek Byzantine art dating back to the 15th-century. The unique placement of the churches, and their magnificent décor that exemplifies the monk’s dedication to their faith makes the monasteries at Meteora special.

This day you will have a tour in Meteora. Later, you can continue your tour to the mushroom museum or have a truffle hunting tour and taste fresh truffles and continue to Athens

Your private transfer meets you at the hotel after breakfast and escorts you to Athens’ airport for your flight home. Your journey through Greece may have ended, but you take the splendor of the culture and the myths of the landscape home with you.

The total NET price (All-inclusive) for the tour is:

The U.S. Ambassador
said about Guide Me in Greece: 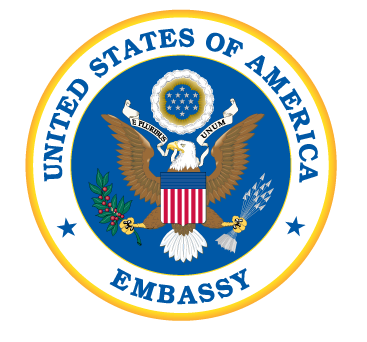 We, hands down, had the best vacation we have ever had in our entire lives and will never forget it. Your involvement was crucial and was the most fitting solution to the gap of us being overseas in the United States, not knowing the area or infrastructure of Greece. We are so glad that you were our assisstant’s leaning post in planning the perfect trip.

Alfred Hoffman
Ambassador of the United States of America 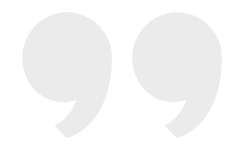 Sightseer521705
I highly, highly recommend this company for your visit to Santorini. Our guide was Eugene and she was FABULOUS!
read more

Rhonda C
Cannot say enough about this tour and how much fun we had! We were 4 couples that have been friends for years. Our tour guide, Zoi, was so knowledgable, yet very interesting and fun. The tour ended with a "light" lunch and Zorba dancers! It was so much fun! Opa!!
read more

Matthieu G
since ruins are not very talkative, we improvised last minute to book a private guide with GuideMe in Greece... this was the best choice ever !! easy process, reliable, we had a great experience and enjoyed how knowledgable our guide was ! highly Recommended !
read more

A deposit is required to confirm your reservation. The deposit can be paid by credit card or via Pay Pal. The rest of the amount must be paid two weeks before the date of the tour.

A participant may change or cancel an agreed service. No penalty will be incurred provided a change in date is made at least 5 days prior to departure and other dates are available. Except as outlined above our cancellation policy applies to our trips and tours.

Refunds will be made within thirty (30) days of the cancellation date.

We build your private journey around your interests, likes, dislikes, hopes and dreams, even sprinkling in a few surprises along the way.

Activities that show you a destination in another light, beyond the obvious.

Experts in their field with longstanding experience, who offer you and authentic voice on the places they're passionate about.

Our prices always include tickets and reservation fees.

Round the clock support

A dedicated number manned 24 hours a day, you can call in case you need us while you're away.

Easy to book and prepay your tours with our secure payment system.

BOOK NOW
LET'S TALK
Not sure which adventure is for you? We’re well prepared to help you select, or create, the travel experience of your dreams. Send us your questions and concerns.
Contact us